Including paperwork and signed/notarized verification letter from the sound engineer who worked on the project. 18 tapes in total.

Comes with 6 digital copies (CD’s) from the sound engineer of the tapes, so you can listen them.

These tapes are insanely rare and collectable, should be in a museum. Best investment and music memorabilia from world’s greatest and legendary blues guitarist Stevie Ray Vaughan & Double Trouble.

I am asking 100k euro, trades (guitars/amps) with cash is possible.

- These 2 inch, 24 track, 30ips Masters are multi-track Safety Masters
- These ¼ inch, 15ips stereo masters are first generation – mixed directly off the 24trk masters with no overdubbing: Stevie Ray Vaughan and Double Trouble at the top of their game. There is no “noise reduction” used on these tapes. The sound quality is excellent.

IMPORTANT: I do NOT have or represent to have any ownership copyrights, reproduction rights or any other intellectual property rights of these recordings or songs. These tapes are offered as physical pieces of music memorabilia or ’collector’s items’ only. These tapes and digital transfers are not to be released for mass duplication in any form.

Live recorded at the concert venue and overdubbed in studio, the master tapes were compiled from concert reels for use on “Live Alive” 1986 album project. The 2” 24 track multi-track masters are the tapes on which each instrument or vocal has it’s own separate track. The final in-studio stereo mix is made from the multitrack masters.

Stevie Ray and the band assembled in Kansas City, at the studio for three days to review and overdub tracks for use on the “Live Alive” double record album released in November of 1986.

After Stevie and the band were finished selecting their favorite versions of each song that were planned to be on the “Live, Alive” album, they pulled the selected performances from the 2” reels that they were recorded on and spool them onto six master reels (with leader tape between cuts) and prepare the tapes for overdubbing in the Kansas City facility.

Recorded many overdubs on the masters, Guitar, Vocals, Organ and Bass were completed.

At the end of the last Kansas City recording session, a one-to-one “safety masters” were made of each of the six 2”, 24 track tapes and the actual master tapes were sent to Dallas Sound Lab Studio.

Reel #1 Superstition
I’m Leaving You
You’ll Be Mine

Reel #5 Life Without You

Reel #6 Lookin’ Out The Window
Pipeline: Stevie and Jimmy Duet

These ¼” half track stereo 15ips mix masters were made to be used as “audition tapes” for judging the band’s performances at three different venues before going into the studio to “brush up” and overdub the selected tracks for use on “Live Alive” album project.

These ¼ inch, 15ips stereo masters are first generation – mixed directly off the 24trk masters with no overdubbing: Stevie Ray Vaughan and Double Trouble at the top of their game. There is no “noise reduction” used on these tapes. The sound quality is excellent.

Reel #6 Venue? Probably Austin, July 17, 1986
• All Your Love, I Miss Loving You (Vocal Duet Angela Strehli/Stevie)
• Life Without You
• Pipeline - Guitar Duet with Jimmy Vaughan (Take 1… Stevie stops playing after 3 minutes and says: “You’all give us a chance to do this sh*t when we’re in tune, okay?”
• Pipeline – Guitar Duet with Jimmy (Take 2, full version) Long applause after then Stevie gives it up to his brother saying “JayVee!… If we’re not double trouble, I don’t know what is…

Reel #8 July 18, 1986 Austin Opera House:
• Willie the Wimp (Stevie intros song as “Someone from Chicago, that left his mark!”)
• Look at Little Sister
• Texas Flood
• Mary Had a Little Lamb

Reel #9 July 18, 1986 Austin Opera House:
• Collins Shuffle
• Say What! – Soul to Soul
• Things that I used to do
• I’m Leaving You (Commit a Crime)
• Cold Shot (Stevie breaks a string, Says “Damn it!” then talks to audience for a moment and starts back in the middle of the song)
• You’ll be Mine

Reel #12 Various Venues – 1985-1986:
Cuts 1 through 6 are all various mixes of SRV’s “Superstition”
Mixed from 24 track live recordings for use as performance “auditions”
in the selection process for the “Live Alive” album.
Cette annonce a été lue 495 fois 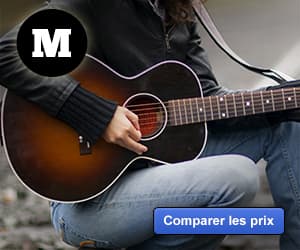